For years, it seems, we've been tipping kitchen waste into our two compost bins, but very little compost has emerged.  This has mostly been because of lack of time to empty them out.  I have wondered if
the bins have Tardis-like properties. 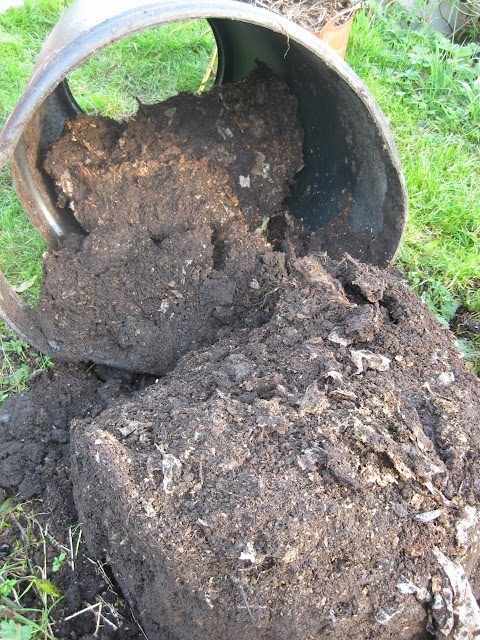 At last on Sunday we got round to emptying one of the bins and relocating it round to the shady side of the shed.  The spot where we plonked the bins when we took on the plot turns out to be the corner which gets the last of the afternoon sun once the rest of the plot is in shade.  Far too valuable to waste on compost!

The contents have composted down nicely, except for the supposedly compostable bin liners.  These resembled nothing more than supermarket carrier bags, even after several years.  I've resolved not to waste any more money on them, but to line the kitchen waste bin with newspaper instead.

When it came to spreading the compost over freshly dug beds, I discovered that a lot of compost goes a little way.  Still, it feels good to have fed the soil more than we've been able to do so far.