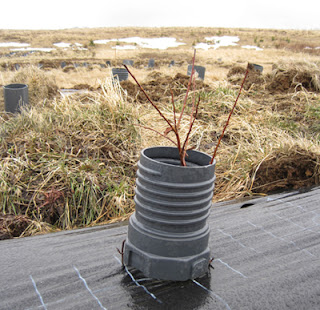 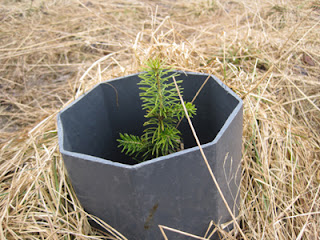 On Monday, Wellywoman published a really good post about using seaweed as manure[5]. This was rather timely for me, as I have been collecting my own barrowful of slimy weed to experiment with this year. In fact, I'm preparing to dig a batch during the coming weekend.

I learned a lot from Wellywoman's post, and it covered all the excellent reasons for using seaweed, such as the weed containing all the main nutrients plants require, increased resistance to frost damage and pest attack, and an ability to improve the condition of clay soils.

If seaweed is something you've considered, I very much recommend reading the post, which can be found by clicking here[6].

Seaweeding Jersey Royals
I also discovered a little snippet of potato trivia – once upon a time farmers on Jersey used nothing but seaweed to fertilise their famous Royal potato, and credited it with the spud's unique taste.

Although seaweed isn't used on a wide scale anymore, a few farms on the island do employ it, and this has inspired me to try and create my own Burnham-on-Crouch Royals, using the traditional International Kidney seed potatoes.

Washing the Salt Off?
I haven't been washing the salt off the seaweed, as the RHS says not to worry[7]. This kind of makes me happy, as the nearby river is the same one that the famous Maldon Salt[8] comes from. My soil better appreciate the gourmet product it is being fed.

Permission to Harvest Seaweed
Advice on the web seems to suggest that permission is necessary to harvest seaweed, but I've seen people collecting it on the tele without mentioning this. I was also reminded on Twitter last night that the guys from Edwardian Farm used seaweed as a free, plentiful source of fertiliser.

Not that I'd wish to promote law-breaking, but I reckon that unless you're looking to harvest on a scale fit for export to Japan, I'm sure no one would object to you taking some seaweed. If you're worried, I'd recommend contacting your local Council or harbour master.

Don't Wreck the Habitat
As a fisherman as well as an allotmenteerist, one thing I do is take care not to remove too much from one area, or dislodge rocks in the process as these provide important habitat for estuary creatures such as crabs.

Another thing I tend to do while fishing is curse the seaweed over and over again, as it wraps around my line. This is particularly the case in the warmer months, when there is tonnes of the stuff in the estuary.

Perhaps freeing oodles of the weed from my fishing gear might not seem such a chore if I knew that my veg patch was prolific and nutrient-filled.

Here's hoping for a plentiful summer…

You can follow any responses to this entry through the RSS 2.0[9] feed. You can leave a response[10], or trackback[11] from your own site. 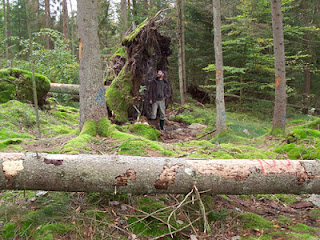 Here's To All My Blunders

Joene of Joene's Garden[1] sponsors Gardening OOPs[2] on the first of each month, where we confess the mistakes we make in the garden, in the hope that we will scare readers into not doing the same thing.

I began documenting my GOOPs on April 1, 2010, and have participated almost every month since.

I intended to blog about past mistakes I made as a beginning gardener, and learned from.  Instructive, careful lessons about what NOT TO DO.  Instead I seem to have an unlimited capacity to make new mistakes.

Today is the first of January and the first day of 2012 and in honor of that, I culled 18 months of posts and have made you all a Top Ten List of my mistakes.  Click on the photo captions and read the disasters in full from the original posts.  Study and learn from each.  I certainly didn't.

TOP TEN EXAMPLES OF ERRORS TO AVOID IN YOUR OWN GARDEN

2. Crushing discouragement for a new gardener.

3.  Planned, paid for, planted and pampered these.  Couldn't remember any of it.

That's seven, I can't go on.  The next three oops in a list of ten would be:

Those last three are all the same mistake.  I am horticulturally unable to space permanent plants appropriately, especially large things like forest trees, rampant vines or car-sized shrubs .  I just can't do it.

Here's a toast to making lots of horticultural blunders in your garden in 2012.

I'll let you know about mine.